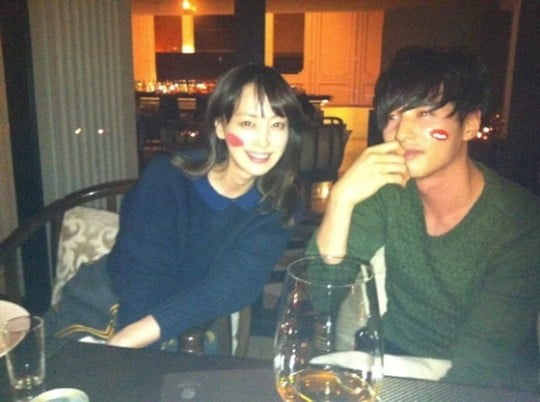 A past photo of Won Bin and Lee Na Young during their dating time was revealed in a online community and goes viral.

In the photo, Won Bin and Lee Na Young were seen sitting together, seemed to be enjoying their own private time, with spec​ial lips stickers on their faces.

In July 2013, news broke that Won Bin and actress Lee Na young were in a relationship. The couple finally tied the knot in 2015 and welcome their first child in the same year.

prevCast of 'The King : Eternal Monarch' is all smiles in newly released behind cuts
next'Flower of Evil' release first emotion teaser
Change Language